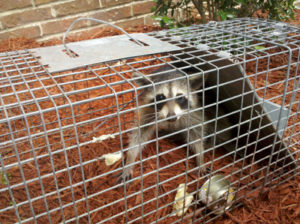 Since raccoons have adapted excellently to human surroundings, they are the as the top contender for nuisance pests. They can thrive anywhere near humans– they can sneak into attics, barns, and garbage cans. Urban living suits them well as there is an endless amount of salvageable areas. Not only can these cause problems to your property, it can also be hazardous to the health of you and your pets. Raccoons carry many diseases. Below I have a few listed. The most effective way to get rid of your problem raccoons is trapping. Once the raccoon(s) is trapped, they are then taken to a wildlife area, and safely released back into nature. If these pesky adaptors have taken up home in your attic, you may need to seal the entry point(s) to prevent more from coming in. They can cause havoc to your insulation, rip insulation from pipes, and make a huge mess with their droppings. Calling a professional to assess your situation is recommended. Raccoons can be aggressive, especially if they have babies nearby. Even in traps, they can attempt to bite and claw at anything within a few inches of them. 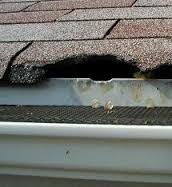 First off, the contraction of diseases from raccoons, either by people or pets, is very rare. Common sense is the best prevention. Don’t approach or attempt to handle a raccoon that looks sick (or healthy, for that matter). Below is a small list of just some of the diseases they can carry.

Rabies: is the most commonly cited disease associated with raccoons. Never approach a raccoon that looks sick, confused, or that is moving awkwardly. Rabid raccoons may be either lethargic or walking erratically, perhaps in circles. It’s also common for the hind legs to become paralyzed in the later stages, or paralytic stages. A raccoon might also exhibit aggression or foaming at the mouth. Raccoons don’t go about carrying rabies all the time and transmitting them to everyone, as many people seem to think. They can only pass on rabies during the last week of life, when actual symptoms are present.

Canine Distemper: is an even more common raccoon disease, it’s fatal to raccoons, and some symptoms are very similar to rabies. 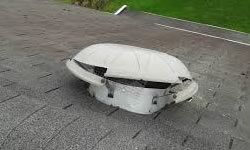 Pets, such as dogs, are very vulnerable to this disease, so be careful to prevent a Fido-Rocky encounter. The early stages of distemper mimic rabies, and it’s important that domestic dogs and cats have full vaccinations and are checked for worms once a year, even if there’s no raccoon presence nearby.

RaccoonRaccoon Roundworm: This parasitic worm can and does infect humans. The egg spores in the raccoon droppings are light and can become airborne, and people can breathe them in and become infected. Infection of humans can lead to larval parasite migration to the central nervous system. These egg spores can live for years as dry pods. This is a very dangerous to humans, especially children, and a much more important and realistic threat than rabies.

They are also host to a number of parasites, such as lice and fleas. Oftentimes people with raccoons in the attic will notice that their pets (and in a few cases themselves) suddenly have fleas that they never had before. I often get fleas on me when I enter attics that hold raccoons.

If the above diseases don’t deter anyone who is interested in a Pet Raccoon then these 11 reasons might. 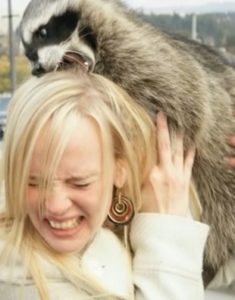 1. A raccoon is a wild animal and will most likely never be the pet you always intended it to be. Even “tamed” are extremely high maintenance and require an experienced, knowledgeable guardian. Even several generations of captive bred raccoons still exhibit all of their wild instincts throughout their lives.

2. It’s illegal in certain states in keep raccoons as pets. In Arkansas you can have up to 6 as of this posting. Be sure to check with the AGFC first.

3. Housing a raccoon can be an insurmountable challenge.

4. Raccoons aren’t easily house trained, so unless you can train her to use a litter box somewhat consistently, or convince her to walk on a leash and you’re prepared to take her outdoors on her (unpredictable) schedule to do her business, she’ll be relieving herself around your house.

5. Raccoons are notorious biters. They will bite family members, family pets, and visitors and their pets. Translation: raccoons are a medical and insurance liability.

6. Many veterinarians have little or no experience treating raccoons. 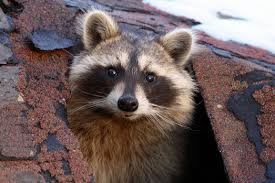 7. Raccoons can also carry zoonotic parasites and infectious diseases (including rabies) that pose a threat to you, your family, and other pets.

9. Raccoons are master thieves. That’s why they’re called “masked bandits”. Those adorable little human-like fingers on his front paws are quite capable of breaking into virtually any locked, latched, or otherwise secured spot in your home.

10. A pet raccoon requires LOTS of your time, attention, and supervision – for 10 or 15 years, which is the normal lifespan of a healthy, well-cared for raccoon.

11. Raccoons act out when they’re unhappy and hormonal. Their natural instinct is to bite when they’re angry, frustrated, or stressed.